I know it’s been a while……my last post was over 2 weeks ago but I’ve had some personal family matters that needed more attention. With that being said, I just wanted to write a bit of a catch up post!

Like I said before October is my favorite month and a few things have been going on since I last wrote. We celebrated our 1 year wedding/marriage anniversary!! Yes it has been 1 whole year since we said I do. I can not believe how fast it went by, it’s true that the days seem to go by slow but the years pass quickly.

We got cards for each other ❤

And the 1st Anniversary traditional gift is paper. Now we have NEVER given each other anniversary gifts but Kevin decided that now that we’re married we need to do something special for each other each passing year and why not try the whole traditional gift giving. I suuuucked. Kevin got me tickets to see one of my favorite comedians, Iliza Shlesinger, next month!!!!! And I got him tickets to see Girl on the Train in the movie theater and Taco Bell….that’s right guys I did dinner and a movie for our 1st Anniversary…..how basic of me…..I thought it’d be cute since we both read the book, but definitely not an original plan. Taco Bell is Kevin’s favorite fast food option and since our anniversary fell on a Monday I thought it’d be nice to pig out. At least we both had the same idea with “paper” tickets as a traditional gift….

We DID go out to our favorite breakfast spot, Ted’s. And we had romantic dinners at home as well as restaurants the weekend right before our anniversary. So overall it was just having togetherness and it was nice 😀 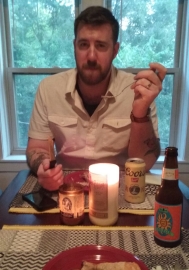 We’ve also been getting into making puzzles together, because it’s nice to do something other than Netflix. It’s kinda fun to see the whole puzzle take over our tiny space! We start over the weekend and just work on it a couple hours during weekdays. Plus reading together, (Kevin) Salem’s Lot by Stephen King and (me) The Witches by Stacy Schiff, PERFECT books for the Halloween season!

Talking about Halloween, we decided to throw a dress up Halloween bash this year! We’re keeping it small (apartment living), but I am super pumped! I’ve been decorating bit by bit. I don’t wanna give away too much but look at our front and back doors! 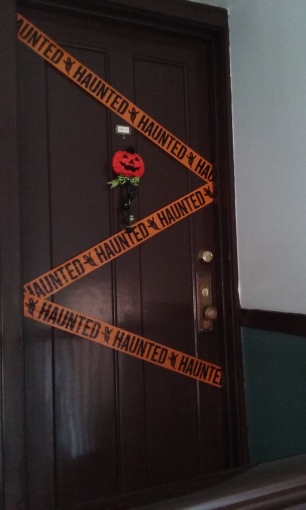 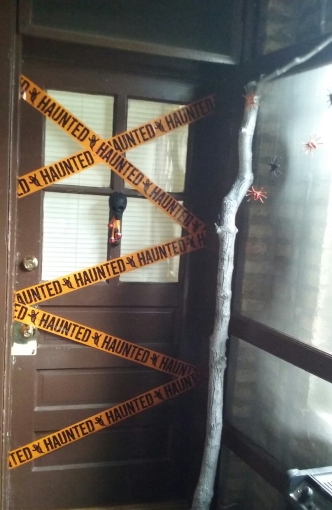 I’m loving our dining room table look, as well as our Halloween and Anniversary cards display! 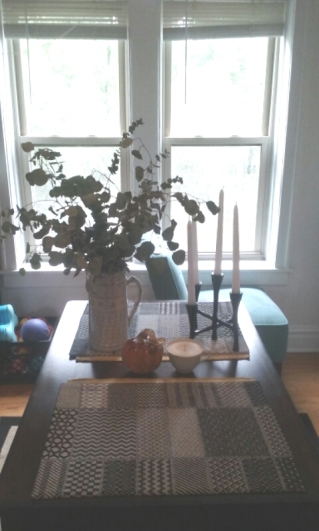 Before we just had a standard Ikea Lack coffee table, it just felt small for our space and it had done it’s job for us. It was time for us to step it up and get a more substantial piece and it makes a difference in elevating our space a bit more. Little by little guys.

We both love the mix of wood and iron for that industrial look, but most of the coffee table we end up liking are upwards of $400, YIKES! So when we found this budget friendly option with great reviews we jumped on it. And it has been PERFECT! It was less than $200 on Amazon!!! It has that rustic, uneven wood, hand made look that we love. It is just the right fit and look that we wanted. 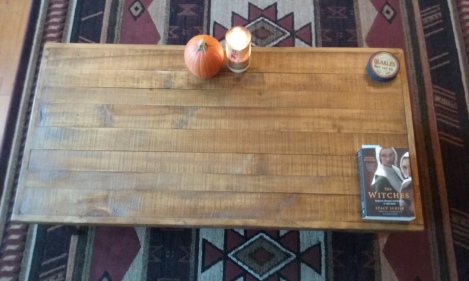